VOICES OF THE NFL SPEAK OUT ABOUT CHIROPRACTIC CARE 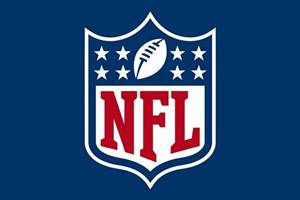 Football is very, very hard on players’ bodies. By some estimates, American football players suffer about 500,000 injuries a year-twice as many as in any other sport. NFL injury data indicate that there were over 1,300 on-field injuries during the 2013/2014 season.

A company called SimpleTherapy analyzed this data and found that some parts of players’ bodies are actually much more likely to be hurt than others. Knees are most vulnerable (involved in 22.3% of injuries), followed by ankles (15.3%), lower legs (11.5%) and shoulders (8.6%). That said, it’s pretty clear that a player’s entire musculoskeletal system is put at risk every time they suit up.

Given this reality, it’s not surprising that every one of the NFL’s 32 teams has a chiropractic physician on staff to prevent and treat injuries as well as to help players improve performance. Dr. Spencer Baron is the Team Chiropractor for the Miami Dolphins and has served as president of the Professional Football Chiropractic Society. He offers this perspective on the relationship between professional football and chiropractic care:

“The robust need for chiropractic care in the NFL has been deeply driven by the players’ desire for peak physical conditioning and not simply for injuries. From the earliest years of full contact football, their bodies are subject to structural stress that doctors of chiropractic are specially trained to care for. Many DCs who provide their services to professional athletes travel with their respective teams throughout the season, treating players up until game time, during the game and sometimes immediately following.”

But what about NFL players themselves? How do they view chiropractic care? Some of the game’s most-recognized players have spoken publicly over the years about their own experience.

“I’ve been seeing a chiropractor and he’s really been helping me out a lot. Chiropractic’s been a big part of my game. Chiropractic care works for me.” 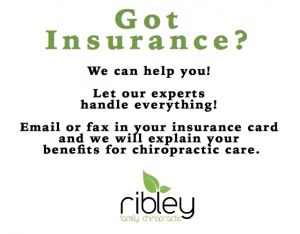 “Do I need to find an NFL Chiropractor? It was time for me to invest in me… I found a specialist that’s really good in balancing out my body to make sure my hips are rotated right, and my body is functioning properly…”

“I remember somebody telling me that what I put myself in during the games is like having a car wreck every Sunday. It’s against the norm. You can find yourself in awkward positions. That stuff takes its toll. But if you take advantage of the chiropractic care, balance your body back out, put it back where it’s supposed to be, you function better, and you recover faster… You can have a Ferrari body, but your wheels need balancing. I felt if I took care of my body, I could still function when I got older.”

Most injuries require chiropractic care. It works better for me than anything else.”

“I believe in chiropractic, and I know that it works. You probably know about my long and successful career in football. I’m flattered by the testimonials to my durability. Football is a very rough and vigorous sport. Chiropractic was the key to keeping me in the game.”

“If I had everything in alignment, I knew I could play my best football. Dancing with the Stars was every bit as exhausting and challenging. Though not nearly as brutal as football, it required many hours of practice and I had aches and pains that I’d never had before. Again, chiropractic made the difference, and kept me dancing and in the competition.”

“Chiropractic just makes you feel so much better. When I walk out of the clinic, I feel like I’m about three inches taller and everything’s in place. And as long as I see the chiropractor, I feel like I’m one step ahead of the game.”

“Not only did my chiropractor get me back on the field,” he said, “but he helped me to stay on the field. My body just feels much better overall because of the care I’ve gotten.”

“I look at chiropractic care as important to keeping me healthy and at the top of my game.”

“As a professional athlete, I am highly competitive-only accept the best. When it comes to healthcare, chiropractic is an essential service. It keeps my on-field performance at its highest level and contributes to the success of the entire team.”

“In this game you have to take care of your body. Over the course of a game your body just feels wrecked. Every Monday it hurts to get out of bed. I told my chiropractor, I want to feel good in the morning. A lot of my credit goes to him for keeping me healthy.”

But the players aren’t the only ones in the NFL with physically demanding jobs. While it’s not widely recognized by the public, cheerleading is difficult and dangerous work. Recent studies have indicated that two-thirds of the serious sports injuries reported by women in the United States occur in connection with cheerleading. The number of cheerleading-related emergency room visits increased from around 5,000 in 1980 to over 26,000 by 2007. The Consumer Products Safety Commission estimates that there were almost 37,000 emergency room visits for cheerleading injuries among girls aged 6 to 22 in 2011. So-once again-we see some of the NFL’s finest athletes turning to team chiropractors.

“I’ve experienced multiple injuries during my career as a cheerleader-everything from pulled hamstrings to sprains and even lower back pain-setbacks that chiropractic care has always helped me recover from.”

“Without chiropractic care I would not have made it past my first year. After receiving treatment, I began to notice the pain starting to subside as well as improvement in flexibility during performances.”

Chiropractic Care in the NFL

Chiropractors in the NFL. http://www.profootballchiros.com/chiropractic-in-the-nfl/

Cheerleading Accounts For More Than Half of ‘Catastrophic’ Injuries to Girl Athletes. http://www.washingtonpost.com/lifestyle/wellness/cheerleading-accounts-for-more-than-half-of-catastrophic-injuries-to-girl-athletes/2013/09/10/52ecdcc8-16e8-11e3-a2ec-b47e45e6f8ef_story.html